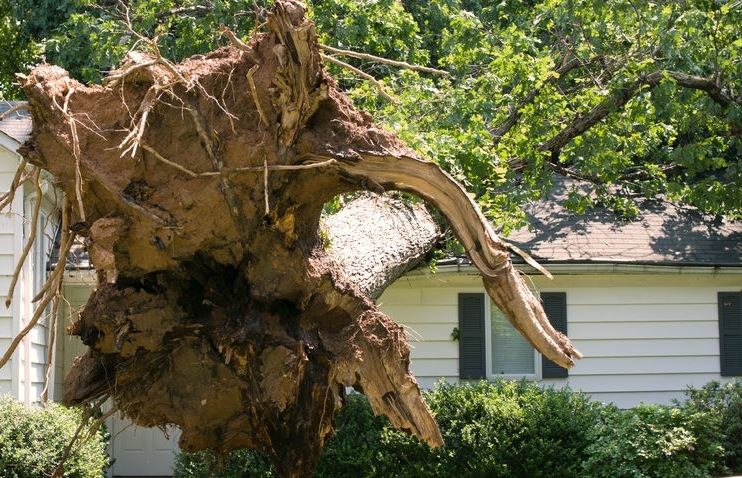 Hurricane Irma thrust Patricia and her family into homelessness. With help from Family Renew Community supporters like you, this mom of six is much better equipped than before to handle life's storms.

The family was getting by last summer, both parents working more than one job to support their six children, the oldest 12 years old and the youngest then a little shy of his first birthday. When they evacuated for the hurricane in early September, they expected to return to their Daytona Beach home in a few days.

A huge tree moved in while they were out, tearing open the roof and exposing everything inside to days of torrential rain. There was no moving back into the severely damaged and moldy rental house, and no money for the upfront costs of moving into another one, especially with a shaky credit history. After two months of scraping together enough from their paychecks for shelter in motels, the couple came up short one day. As night fell, the family sat in their van in a Walmart parking lot: Mom and Dad upfront, with the infant and the toddler on their laps; the four school-age children in the middle row, and all of their possessions in the back.

Patricia smiles through tears as she recalls those last hours of the "vacation," as the children had called their motel stays. "We played them music on the radio. We did a rap game … where we just played a beat and they would come up with rhymes and words. So they were like Dr. Seuss-ing it in the back seat. And that was fun for them," she says. They went into the store and enjoyed some window shopping. "But when it was time to lay down it was kind of like, 'Well mom, where we going? Dad where we going?' (I had to tell them), 'This is it. Just lay down, get some sleep in the morning we’ll figure out where we’re going to take a shower and stuff.' I think that’s probably when the kids realized that we were homeless and didn’t have anywhere to go.”

The kids eventually fell asleep. In the morning, Patricia took them to school and day care, dropped her husband off at work, and reported for her shift as a certified nursing assistant. She went in little early to wash up and change out of yesterday's clothes, an emotional mess.

"I was so relieved to get the call from Family Renew Community," she says.

The family settled into a one-bedroom cottage at Family Renew's Holly Hill Residential Campus. Though the quarters were tight, they had a place to bathe and dress, and went off to work and school knowing where they'd sleep that night. Patricia began putting away half of her earnings, and her husband did the same with the weekly paychecks from his job as local delivery driver. With guidance from their case manager, they scrutinized their spending and debt, learned to live within a sustainable budget, and kept building their savings.

Then they started thinking about the future. For Patricia, that means college. Between her nursing shifts, she's working a law enforcement certificate and degree in criminal justice to prepare for a new career. Her husband is pursuing a high-school equivalency diploma to boost his earning potential and prepare him for higher education.

With their credit repaired and some money in the bank, the family in late April moved into an affordable three-bedroom apartment.