Father and daughter in place of own 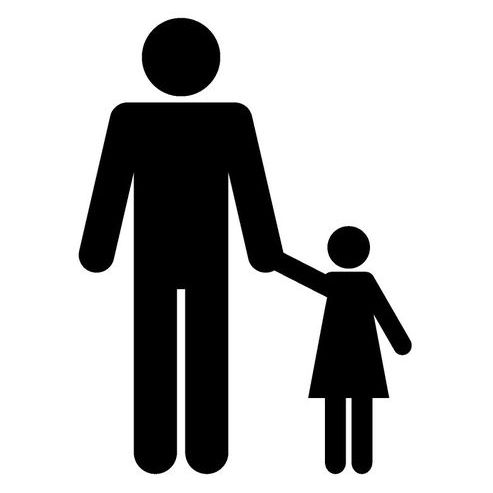 When A. separated from his wife -- in part because of disagreements regarding his middle-school-age daughter, S., who lived with them -- the father and daughter became homeless together. They stayed at Family Renew Community while A., who works at a local distribution warehouse, overcame obstacles to finding a place for the two of them and saved money for the move-in costs. Along the way, Family Renew Community volunteer P. and her husband, J., served as mentors. In early December, the couple joined A. and S. at a local restaurant to celebrate the holidays and the family's soon-to-be apartment.

Here are some of P.'s impressions about the meeting and the family's experience with Family Renew Community:

At several apartment complexes, A. had put in applications (they do not return the fee), and even put down a deposit at one, only to be denied because he had gotten in trouble with the law 6 1/2 years before and the cut off for renting apartments is seven years. He was so happy to be able to extend his stay at Family Renew Community.

It turned out for the best.  He really likes the location and the folks where he has  rented a two-bedroom apartment, and S. gets the bus to school right in front of the complex. By the time S. enters high school, he hopes to have a house. He plans to sign up with a program for first-time home buyers.

S. was all smiles and so happy that she made the cheerleaders, and would be marching in the Ormond Beach holiday parade the following Saturday. During an early meeting, she said some of the girls were making fun of her because she wasn't doing the routines as well as they were. At that time she was determined to try her best.

She is finding math challenging, but is now going for after-school tutoring two days a week.

A.'s and S.'s relationship appeared to be very positive at this time. Earlier on he felt she disrespected him by not following rules, etc. It was reported to me by both of them that before A. separated from his wife, S. experienced difficulty with interpersonal relationships both at home and in school. One of the reasons they became residents at Family Renew Community was because A. chose S. over his wife. Counseling helped S. and A. to learn how to get along better with each other and iron out some of her difficulties with defiance.

A. explained how at his job he moved up from auditor (checking the pallets to be sure all the items on the packing slip are there) to packer, making $15 an hour. He also became a cheerleader for the other guys telling them, "You can do it, you can do it!" and giving them hints. ] He is signed up for Daytona State College and in January will start a program related to moving up. He also picks up extra money shooting video at high school football and basketball games. As a former football player, he really enjoys doing this.

This father is a very bright, personable and determined individual and I see only success in his future.  He will tell you that he has made some bad mistakes in the past, but has learned from them. It is quite obvious that he has. Family Renew Community has given him the hand up that he needed for a bright future.