'I am going to get my kids right now" 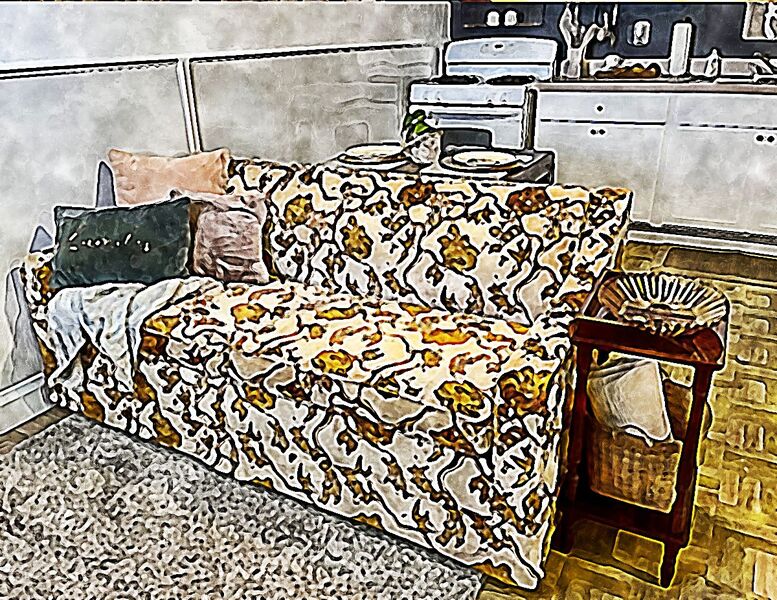 Upon stepping into her Family Renew Community apartment for the first time after living in her car for four months, “Tamara” turned around and walked back out.

“I am going to get my kids right now,” the joyfully tearful mom of four said on that day in early June, when she was handed the keys to a tiny, furnished cottage at the organization’s Holly Hill Residential Campus for families experiencing homelessness.

Everything else — showering in a place more private than a truck stop, resting her head on a pillow without fear of being ogled through a backseat window — could wait. Nothing was more important at that moment than being at home together with her children, all in their teens and tweens.

It was a blessing that the kids had a loving place to go back in February, when Tamara’s landlord sold the house in which she was raising them. Prospects for finding another family-size rental home she could afford on her pay were slim enough without the complication of having little savings for deposits and move-in costs. She was grateful to the children’s father, stepmother and young half-brother, who squeezed four more into their two-bedroom home while she took shelter in her car. But the arrangement was unsustainable, and emotionally exhausting for all.

Tamara and her children were among 27 families placed in Family Renew apartments as the first step on their journey out of homelessness in the past year.

Without this intervention, it’s uncertain how long Tamara’s time in her car would have lasted. Along with her housing, she lost the ability to work in her job as a customer service representative via online chat. Her mental health was suffering. Though the car shielded her from the elements, it did not make her feel safe at night. Having the car did, though, allow the one bright spot in her routine: the opportunity to see the children every weekday morning by driving them to school.

Tamara’s eldest, a son, graduated from high school with honors while his mother was still living in the car. He will be heading to college soon, and has not joined her at Family Renew.

Tamara’s employer held her job for her, and she’s back to work, paying off bills and saving up money so she’ll be ready soon to start searching for an affordable place to live with her kids.