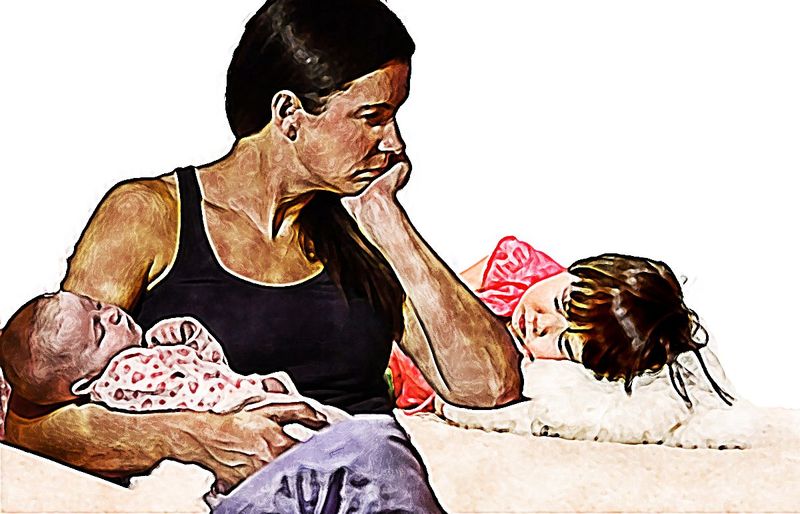 Bouncing from one friend’s or relative’s couch to another was not the life “Anna” wanted for herself, much less for the toddler and newborn experiencing homelessness with her.

That was March of last year, and it was becoming increasingly apparent to Anna that she and the father of her children were not going to be together as a family. Anna knew that she, an unemployed single mom in her early 20s, had to be the one to make a stable home life for daughter and baby son. She didn’t know how to start. But she knew where: Family Renew Community.

“The baby was 6 weeks old when she came to us,” recalls Laurie Archer-Dugo, program manager for Family Renew’s Daytona Beach Residential Campus for single mothers experiencing homelessness with their children.

Immediately, Laurie started helping Anna to see the “how.” The young mother within a week found a job in food service at a resort hotel and enrolled the children in day care. As is required of all Family Renew parents, she learned about budgeting and began to put at least half of her earnings into savings. She began a process to make good on old student loan debt that was wrecking her creditworthiness for housing and leaving her leery of going to back to school for a degree she didn’t get. With no rent or utility bills to pay, Anna was steadily building an account to allow her transition to permanent housing. But a year after arriving at Family Renew Community, she was not ready to make the leap out onto her own.

Ironically, it was the economic thud of the COVID-19 pandemic that got Anna unstuck. She lost her job. Her children’s day care closed. But she got some relief on the student loan and had time to think.

“She starting getting serious about what she wanted to do,” Laurie recalls.

Anna was accepted to the Medical Assisting Program this fall at Daytona State College, starting classes online before the campus reopened. She soon found another hotel job. A voucher came through to help her with the rent on a duplex in Bunnell, where she, her 4-year-old girl and her almost-2-year-old boy could each have their own room. The family moved into their place in early September.