'It takes a whole village' 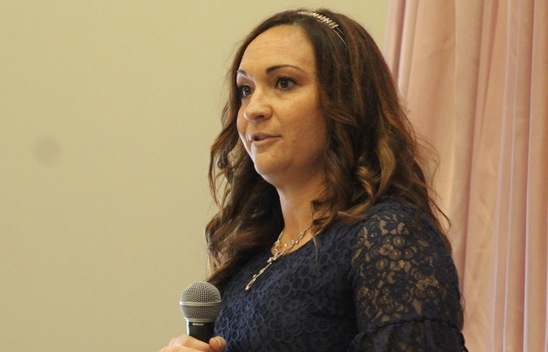 We saw a familiar face at the microphone for the keynote speech during the recent 15th annual Power of the Purse luncheon hosted by Women United Volusia.

Helena Girouard told a story of fighting her drug and alcohol addictions for the sake of her unborn child, turning herself in to face the consequences for crimes she committed because of them, giving birth to a healthy baby girl, overcoming homelessness and now thriving as a mother and a scholar. Then she gave much of the credit to others who believed in her — a doctor, a judge, law enforcement officers and social service providers, including Family Renew Community.

“It takes a whole village to raise a child and, in my case, an adult. So thanks so much for being mine,” she told the audience at the Plaza Resort and Spa in Daytona Beach on Aug. 17 for the event, which raises money each year Women United’s grants to organizations that help women and children. Family Renew this year received a $1,600 grant from the organization to allow homeless mothers to get vocational training to improve their earning potential and with it their families’ standard of living.

Once Helena had achieved her sobriety and paid her debt to society, she and her daughter lived at Family Renew Community’s Holly Hill Residential Campus while she worked to set the direction for the rest of her life.

We are grateful for the role Family Renew Community’s supporters played in her success.