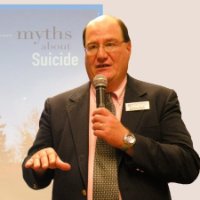 Family Renew Community's Board of Trustees is pleased to welcome the Rev. Tony Deobil as the agency's new executive director.

Tony most recently served as director of social services for The Salvation Army of East Volusia and Flagler Counties, where he led efforts to eliminate homelessness among veterans in the two-county area and find permanent housing for other men and women living on the streets in Daytona Beach. He comes to Family Renew Community with a record of success in those programs and a desire to turn his attention to families with children experiencing homelessness.

"I truly believe that homelessness in our community is a solvable challenge," says Tony. "But it will take organizations like Family Renew Community working together with others to make a difference, one family and one individual at a time."

"I have been in this ministry for  20 years.  I'll be retiring in May, grateful for the joy I've received by being part of this amazing organization," Claris says.

Tony was social services director for The Salvation Army since 2013. On Veterans Day 2015 the agency declared "functional zero" for homeless veterans in Volusia and Flagler counties. The agency also placed more than 160 homeless individuals into permanent housing during a homeless crisis in Downtown Daytona Beach in early 2016.

A licensed minister for the past 18 years, Tony has worked in social services and outreach for churches and nonprofit entities, including Daytona State College, since moving the area in 2004. Prior to that, he was a senior-level administrator in the health care industry in New York and Pennsylvania.

Tony has a master's degree in health services administration from the New School for Social Leadership’s Graduate School of Management and Urban Professions in New York City.  He also trained at the W. Edwards Demining Institute for Corporate Leadership, Rockville, Maryland, and the prestigious IBM Corporate School of Leadership in Armonk, New York.