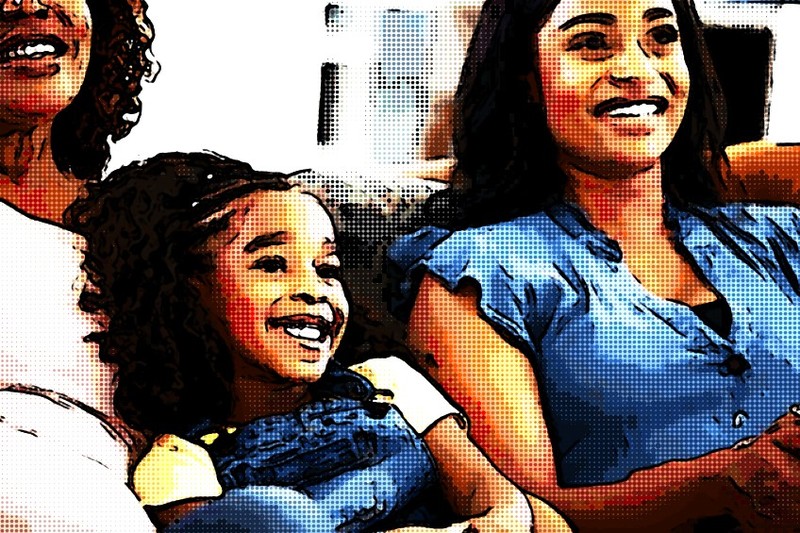 “Coraline” and her girls were thrust into homelessness twice in 2017 — once when back-to-back major hurricanes destroyed their housing in the U.S. Virgin Islands, and again when a federal rent subsidy that allowed them to flee to Florida fell through. Daughter “Kayla” was 15 at the time, and granddaughter “Grace” was 6.

It took a bit more than a year’s stay at Family Renew Community in DeLand for Coraline, working steadily at a call center, to get solidly on her feet. The family moved from their Family Renew apartment into a nearby house in February 2019. Equipped with budgeting and other skills she learned at Family Renew, Caroline supported the family. Kayla finished high school with A grades. Grace thrived, despite missing her mom, Coraline’s older daughter, who remains in the islands.

However, this formerly homeless family’s resiliency was put to the test this month. Coraline received notice that her department at the call center, struggling for months as a result of the pandemic, was going to shut down.

“When they told her she went right out and looked for another job,” says Kim Bandorf, Family Renew’s case manager for formerly homeless families who choose to engage with the agency after moving out on their own.

This option is made possible through Family Renew Community’s Beyond Homeless initiative. The initiative gives former resident families, such as Coraline’s, continued or renewed access to case management services. Although parents leave Family Renew with new knowledge, skills and abilities to cope with what life throws their way, they may still be vulnerable. If families once again find themselves with unmet needs or obstacles to making ends meet, after-care case management allows Family Renew to step in to provide or link them with help to avert a new housing crisis.

The Beyond Homeless initiative also encourages ongoing communication between Family Renew Community and formerly homeless families who are prospering, so they may be role models for others.

Previously, Coraline has participated in the initiative to obtain school supplies for the girls, attend weekly nutrition classes and participate in credit counseling. She also has accepted invitations to gatherings with current resident families, providing inspiration by her example.

The other day, Coraline came by to ask Kim for a reference for a potential employer.

“When I asked her how she was doing on money, since her job was closing down, she whipped out her phone to show me proudly that she still had almost all the money she left with nearly two years ago. She showed me that she still had $16,722 in the bank,” says Kim, who was also Coraline’s case manager while she and the girls resided at Family Renew Community.

Kim recalls Kayla, now 19, helped keep her mother or track back then by keeping a close eye on what went into the cart when they went shopping. “There’s nothing we need more than we need a house,” Kayla would tell her mother.

Coraline, 49, already has started in a new position. It is because of her experience at Family Renew, she says, that she was prepared, emotionally and financially, to deal with sudden unemployment: “I learned to save my money. I learned what I need versus what I want. And I learned to listen to my daughter when she told me to put stuff back.”